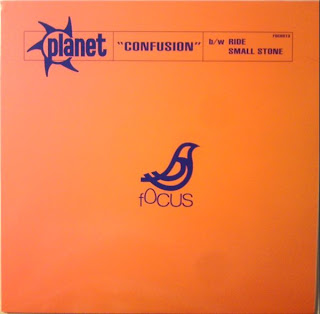 Graham Day was originally signed as an artist in 1983 as a member of the Prisoners and we have been finding reasons to have him back ever since. We have released albums by the SolarFlares, and a complete set of Prisoners reissues including the recent “Rare And Unissued”, which involved a gathering together of all the bits and pieces of the bands career. Graham is a fantastic songwriter with an amazing voice, and we felt it was time to shine a spotlight on one of the most overlooked parts of his career.
In 1993 the Prisoners re-formed for a one-off gig at London’s Subterranea. It was a roaring success. Over the next year they would play a number of gigs, including headlining at the 2000-capacity Clapham Grand and playing a tour of Germany. However the reunion was never going to permanent as the Prisoners’ organist James Taylor was riding high with the JTQ scoring chart hits and touring the world. After hooking up with the bass player and drummer from the support band on the Prisoners’ German tour Graham Day formed a new band, Planet. Planet were a more groove-based outfit whose influences went beyond his love of classic 60s UK rock and into the realms of late 60s soul and Funkadelic.
It may have been inevitable that they would sign to Acid Jazz’ new indie label, Focus. Acid Jazz is owned by Eddie Piller, the Prisoners’ final manager, and he has an enduring appreciation of Graham’s talent. Signing Planet was a no-brainer. Graham thought that the signing might have been a move to try for a new Prisoners album, but as the JTQ was Acid Jazz’s biggest act, this was probably not his motive. Planet were allowed unlimited time in the Acid Jazz studio and recorded 17 tracks that made up the LP and various singles that appeared throughout 1995. The music has a strong rhythmic thrust and plenty of wah wah guitar, but it also is full to the brim with great melodies and vocals.
“Splitting The Humidity” was released in the late summer of 1995 but although Planet toured heavily around its issue, it was not destined to be the breakthrough for Graham’s talent. It failed to set the charts alight and the band split. What was left has a unique sound and deserves to be heard afresh.

They also released a few singles or EPs in 1995 like "Sky","Dog" and "Confusion". In 2008 was edited "The Complete Studio Recordings" on the Big Beat label. 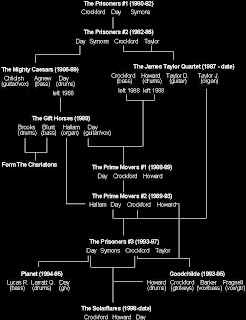