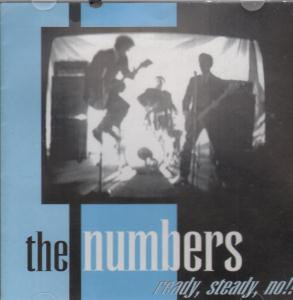 Formed from the ashes of Detroit's Big Block, guitarist Kenny Tudrick fully embraces the mod influences that were only alluded to in his previous band. For a not-that-subtle hint of this, there's a pic of a scooter on the album art to accompany the style heard on the record. The album is some spirited power pop, in the style of early Who and the Jam, as played by the Plimsouls, along with a vocal style not unlike Soul Asylum's Dave Pirner (but don't hold that against them). Some of the songs go a bit trippy after a while, but that only adds to the interesting texture of the album. The music itself is not exactly cutting edge or non-derivative, but that's not really the point. These guys are obviously having fun playing songs like "Billy Rubin," which sounds like a reworking of "Summertime Blues" mixed with "My Generation." At one point they break out a processed guitar sound on "Godspeed," which recalls U2's the Edge more than anything else. This album overall is a great example of punk-influenced, mod rock & roll.